The ONLY Center Offering Cellulite Reduction TherapyÂ In All Of Chicago 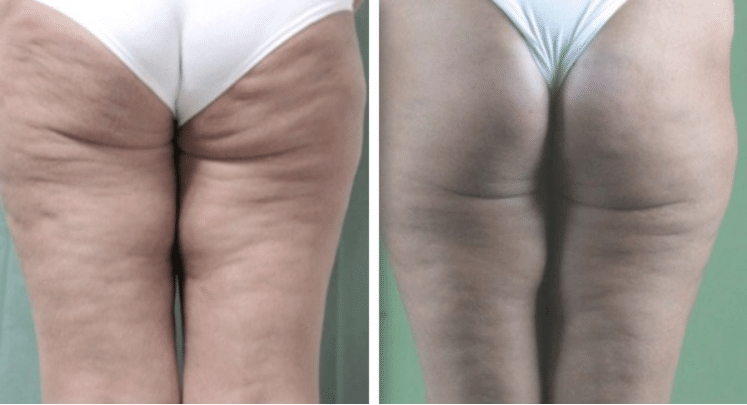 Cellulite is a common problem involving the glutes and thighs of predominately women. Women store a higher number of fat cells as compared to men and store them in a different orientation/pattern under the skin as compared to men which can lead to large bulges of fat cells underneath the skin which presents itself as cellulite. Cellulite affects all body types and can even affect women who are lean on the BMI scale, it is indiscriminant as far as who is affected. The presence of cellulite may “only be aesthetic” BUT, it can have an effect upon a person’s social outlook and self-perception. Previously, only risky, expensive and dangerous surgical interventions were the only recourse for getting rid of cellulite. Long hours in the gym, diets and other lifestyle modifications have not been shown to have any significant effect upon the presence and appearance of cellulite.

Shockwave therapy changes everything. It is a non-invasive, painless and EFFECTIVE means of changing the appearance of how your body stores fat cells, significantly reducing the appearance/presence of cellulite in most cases. The shockwave therapy uses high-energy soundwaves to “re-organize” the fat cells underneath the top layer of skin, causing them to be stored in a smoother, more organized fashion. The treatment takes place over the course of six weeks, with one session a week. The body will then re-order and re-organize the deposited fat cells over the course of the next 2-3 months. It can take as long as 3 months for the full effect to be seen.

If a summer body is the goal, treatments should be completed with as much time as possible prior to your “beachbody deadline.”